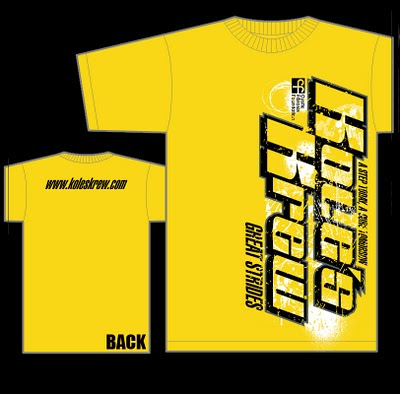 Posted by The Beukelmans at 11:44 AM No comments:

CF Foundation Announces Investment to Speed Development of Additional Drugs to Treat the Most Common CF Mutation
April 7, 2011
Today the Cystic Fibrosis Foundation announced the expansion of its collaboration with Vertex Pharmaceuticals for the discovery and development of additional drugs aimed at treating the underlying cause of cystic fibrosis.
The new program will support development of a potential new drug called VX-661, designed to treat people with the most common genetic defect in CF, the Delta F508 mutation. Nearly 90 percent of people with CF in the United States have at least one copy of this mutation.
VX-661 is known as a “corrector” and aims to move the defective CF protein to its proper place at the cell surface. Another corrector, known as VX-809, is already in clinical trials. By developing multiple correctors, the Foundation increases the chances of bringing new therapies to the CF community as quickly as possible.
“This new agreement will further leverage the successful collaboration with Vertex to accelerate the discovery and development of new drugs to treat a wide variety of CF patients,” said Robert J. Beall, Ph.D., president and CEO of the CF Foundation. “Given the recent announcement of promising data of other compounds in the CF pipeline, we’re optimistic that the CF Foundation is on the right path to fundamentally change the treatment of CF by targeting the cause of the disease.”
The Foundation’s investment, which will be up to $75 million over five years, will also expedite the discovery and early development of other new correctors.
“The CF Foundation is widely recognized by doctors, nurses, scientists and those with CF as a driving force in the search for new CF medicines, and we are pleased to further expand our strong collaboration with them,” said Matthew Emmens, chairman, president and chief executive officer of Vertex. “The collaboration announced today underscores our commitment to CF and accelerates our efforts to develop new medicines as quickly as possible for people with the most common type of this disease.”
With the Foundation’s expanded support, Vertex plans to begin a Phase 2 study of VX-661 by the end of 2011 and expects to enroll people with CF who have the Delta F508 mutation.
A Phase 2 clinical trial is underway to test combinations of VX-770 and VX-809 in individuals with two copies of Delta F508 mutation. Data from the first part of this trial is expected in the middle of 2011.
Posted by The Beukelmans at 7:36 AM No comments:

Thanks For Your Donation!!!! We Know a Cure Is Out There!! All funds will be donated to the Cystic Fibrosis Foundation!!

You can join us as we stride to raise money in search for a cure. Our group will be walking in Sioux Falls, SD on 6/1/13. Please join us in raising funds towards a cure. We would love you to be on our team!!